Whether it is crying for an extra ice cream scoop, a new toy at the store or your phone, no parent looks forward to dealing with temper tantrums in toddlers.

Acting out in toddlers ranges from crying to screaming, kicking, breath holding and hitting. It is okay for you to feel frustrated by your child’s temper tantrum as it is normal for your child to throw a fit.

You want to use a tantrum as a teachable moment, but sometimes all it gets you is frustration. According to research, parents who understand temper tantrums better, and their child’s development have an easier time parenting toddler.

To give you a head start on what to expect during this challenging years, this guide will look at how to handle temper tantrums on toddlers, why they occur, how to maintain your cool during a tantrum, and how to prevent them.

Why do toddlers have temper tantrums?

A temper tantrum means that your child’s need is not being met. During a tantrum, your child is expressing the frustration they feel. Let’s explain this a little deeper.

13 to 36 months or toddler years are the most challenging in human development for parent and child. Your little one is trying to assert herself and feel that she has an impact on the world and some control over what happens to her.

This sense of power allows your little munchkin to take responsibility for himself eventually. During these months, your toddler is also learning how to love himself, which is in direct conflict with his need to assert himself.

His parents who were a dashing epitome of security and a peaceful world are suddenly giving a different message.

“Don’t touch that.  Stop crying. Would you calm yourself down, settle down for a minute, you are a big boy you should not cry so much.”

Like the rest of us, toddlers build up stress hormones as they cope with the upsets of daily life. As we get older, we deal with stress by talking and thinking, but toddlers have a different formula. As toddlers grow and become more verbal, their logical brain can’t yet override their emotional centers and process their emotions so that they express them verbally.

Nature, therefore, designed a way for kids to discharge frustration, fear and anger through tantrums.

Let us simplify it further.

“What! Why?” She wonders. As you redirect her to something different, she feels frustrated that her experiment was cut short, and does not hesitate to show it through an abrasive tantrum.

If you have been keen, you may have noticed that after a tantrum, your child’s equilibrium is restored and they are back to being the sweet little munchkin you know. Their psychology has helped them release all these stress feelings and accompanying biochemicals. 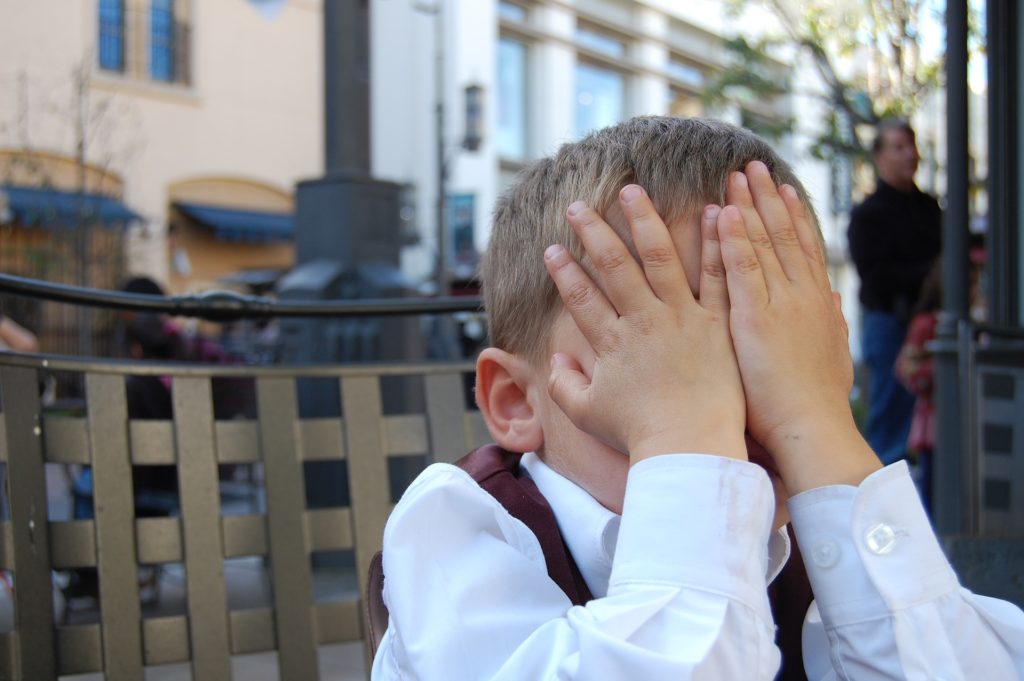 What causes temper tantrums in toddlers

A lot of things can cause outbursts. Some kids are more prone to tantrums especially if they are intense, moody, hyperactive, or they don’t adapt well to new environments.

Most toddlers, however, throw a fit to get out their frustrations and sometimes test your limits.

Situations that involve change are common triggers. Hunger and fatigue also reduce your child’s tolerance threshold and increases their likelihood of throwing a tantrum.

What to do during a temper tantrum in toddlers

When your child has a tantrum, it is essential to remember that you are not at fault and neither are they. As a parent, you are guiding and teaching your child the appropriate way to behave. As a child, your little one is learning about his new world and discovering what they can and cannot do.

When you maintain your cool, your child learns that his emotions are nothing to be afraid of. Instead of seeing tantrums as an undesirable behavior that your child can control, being calm tells your child that challenging feelings are bearable.

Connect with your child by hugging them and reassuring them that you love them, but you will not give in to their demands. Your child may be upset to the point of being inconsolable, an that’s ok. By hugging your child, they feel reassured and their emotional needs met although their wants are not.

If this does not work, remove your child from the situation and sit with them as you wait for them to calm down. Sitting with your child helps keep them safe, especially if they are prone to kicking and rolling, and smashing things. 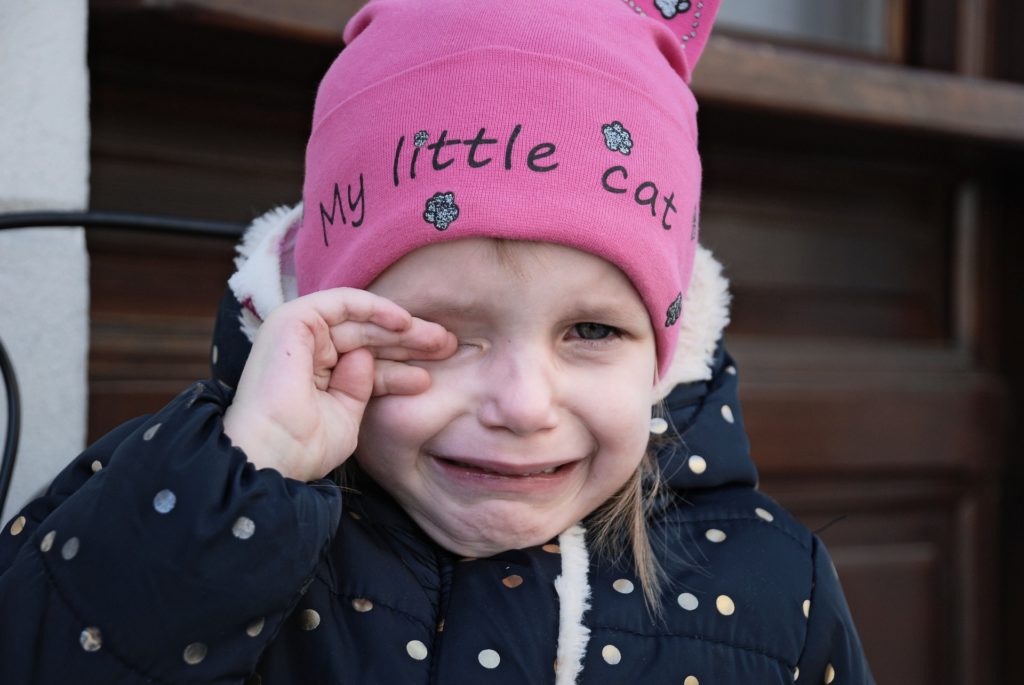 What to avoid when your child has a temper tantrum

Knowing what to do is easy, but at the heat of the moment, it is difficult to resist the wrong thing. Tantrum related mistakes make the situation worse. Highlighted are three of the most common tantrum mistake parents make and how to prevent them based on Dr Rebecca Schrag’s book The Tantrum Survival Guide.

1.  Do not invalidate your little one’s emotions or point of view.

To you, the reason your child throws a tantrum can be trivial. It may even be absurd, and you may even laugh at the situation. Parents often say to their kids “it is not a bid deal. There is nothing to be so upset about. You can’t seriously be upset about that. You are ridiculous.”

The situation may be trivial to you, but from where your child is standing, it is the most unjust thing to have ever happened to them. Try and put yourself in your child’s shoes. You might discover that you could not have acted any different.

2. Don’t tell your child to feel a certain way

This general rule should be applied to the rest of humankind and not just to tantruming toddlers alone. Don’t use comments that invalidate your child’s emotions and instruct them to feel a different way. For example, “stop getting so upset.”

Children often mess up, especially when trying to learn a new skill. You rush in to help (avoid a meltdown at all costs) by telling your child “there is nothing to be upset about.”

Your little one may end up believing that they should have this superpower of switching their emotions at will, or better when you want them to. They learn that feelings are not part of life and should be repressed, which fails terribly.

Your child will calm down when you help them label their feelings or describe the circumstance at hand. “It’s frustrating when you can’t tie your shoelaces, huh?”

Your child feels soothed and is less likely to melt down. Your little one feels heard, and you help them understand their feelings.

3. Don’t tell your child they make you sad when they have a meltdown

You are responsible for your emotional well-being. Your child is not. Don’t pretend to cry or tell them that their behavior is making you sad. Your child needs to learn that his behavior affects other people’s emotions.  But, it is inappropriate for your child to act a certain way out of the sense of responsibility for your feelings.

How to prevent temper tantrums in toddlers

Instead of stopping one after it has occurred, use the following tips to avoid one.

Keep your daily routines consistent, so your child knows what to expect. If something needs to change, warn your child five minutes before the change so that they are ready for the new activity.

2. Communicate with your child

Tell your little one what the plan is and stick to it. Your kid can understand what you are saying. Don’t underestimate them.

If you need to bring your child with you while running errands, allow them to bring a toy or food, so they have something to distract them. When a child is bored, they will look for something to keep them busy. Some of the exciting activities they choose will be cause for a power struggle.

4. Allow your child some freedom to make choices

Toddlers are learning to assert themselves, and they want to feel that they have control over what happens to them. Allow your little one to choose which shoes to wear and which book to read in the car. These small choices make a big difference to them.

Allowing feelings doe not mean that you should let your child act on all his emotions. Set empathetic limits that give your child the leeway to be enraged when someone won’t share a toy, but let them know that clobbering the other child is not permitted.

It is impossible to avoid temper tantrums in toddlers all the time. But knowing how to handle your child gives you a chance to calm the situation without making it worse. Your child gets an opportunity to learn a new skill such as empathy. 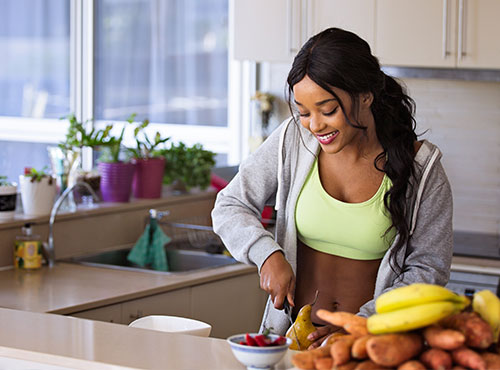 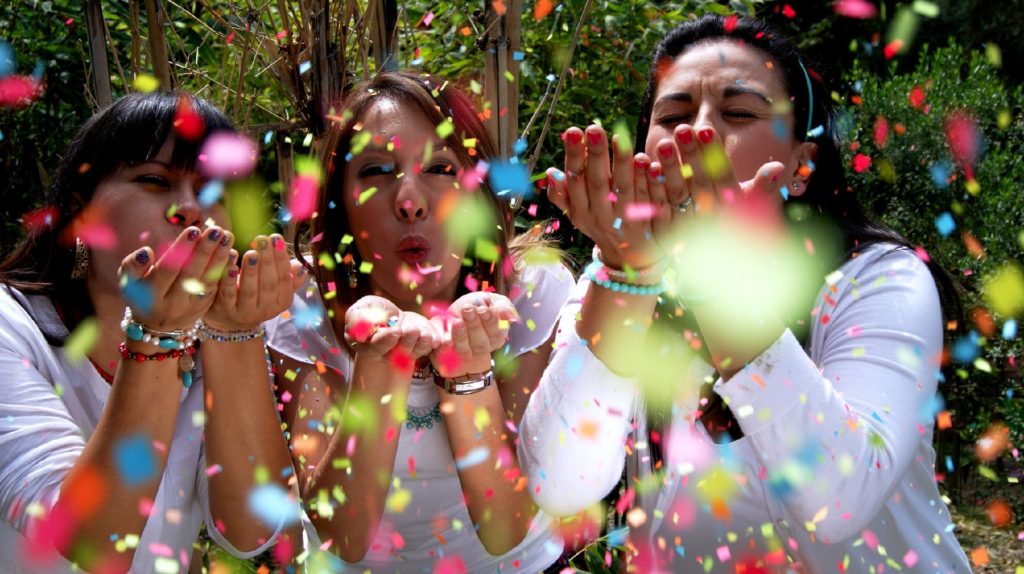